Sandboxie is a utility that allows you to run Windows applications in a “sandbox” that’s isolated from the rest of the operating system to prevent malware, spyware, or adware from infecting or just slowing down your system.

The software has been around since 2004, and it’s been owned by cybersecurity company Sophos since 2017.

Last year, Sophos announced it was making Sandboxie available as freeware and that the company was planning to transition it to an open source project. Now Sophos has taken the next step by releasing the Sandboxie source code. 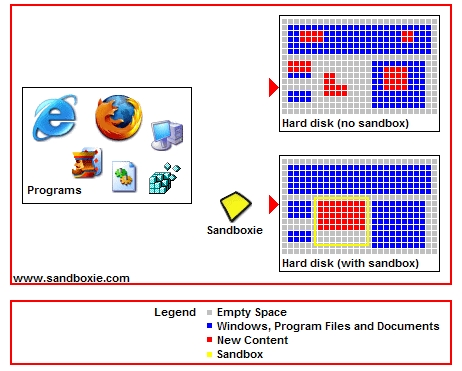 If you just want to use Sandboxie and don’t care about the source code, Sophos says you can download the latest pre-compiled version for Windows 7, Windows 8.1 or Windows 10 from the company’s download page.

But Sophos also notes that this is the last version it plans to release. From here on out, the company is hoping Sandboxie becomes a community-supported project.

When the company announced plans to transition to open source last year, Sophos made it clear that Sandboxie had “never been a significant component of Sophos’ business,” but that rather than simply kill the project altogether, the company decided that making it available as an open source project would allow it to live on without further investment from Sophos.

If community members step up and take over maintenance and development of the project, Sophos also plans to “gradually wind down the [Sandboxie] website and… close the website during the fall of 2020.”