Browser extensions let you do everything from blocking ads to saving documents to changing the behavior of your web browser’s tabs, windows, or toolbars.

I’d have a hard time getting anything done without the LastPass password manager extension, and I’ve got a few others installed that come in handy from time to time.

Odds are you’ve got a list of your own… and if you’re a Google Chrome users, you’re probably going to want to make sure they’re available from the Chrome Web Store, because by the end of the year Google is going to block installation of Chrome extensions distributed through other channels. 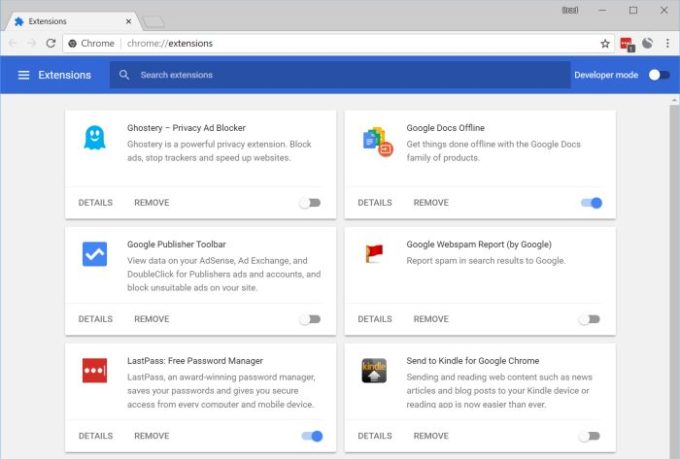 The company says it’s making the move to minimize “complaints from users about unwanted extensions causing their Chrome experience to change unexpectedly.”

The idea is to keep users from accidentally installing an extension by clicking links on websites… and when you actually want to install an extensions, you’ll be taken to the Chrome Web Store where you can see a description of that extensions so you understand what it can do.

Google says users are much less likely to uninstall extensions if they were first downloaded from the Chrome Web Store.

If any of this sounds familiar, that’s because Google actually made a similar move way back in 2013… what’s changing now is that even the inline installation method is going away.

The change is coming in three phases. Starting today, newly published extensions with the chrome.webstore.install() function will redirect users to the Chrome Web Store in a new tab. Starting September 12th, you won’t be able to install existing extensions without going to the Chrome Web Store. And when Google rolls out Chrome 71 in December, 2018 the browser won’t even have an inline install API method at all.

While the move is probably going to be a good thing for most users, it could make things more difficult for power users, developers, and those who want to install extensions that may not be available in the Chrome Web Store for one reason or another.