The Microsoft Surface Duo and Surface Duo 2 are dual-screen smartphones that ship with a bunch of Microsoft apps and services running on Google’s Android operating system. But some folks would rather run Windows on a Microsoft-made device like the Surface Duo, and thanks to the third-party developers behind the WOA Project, you’ve been able to do that for a while, as long as you’re willing to make certain compromises.

Now developer Gustave Monce says soon you won’t have to make as many compromises though. 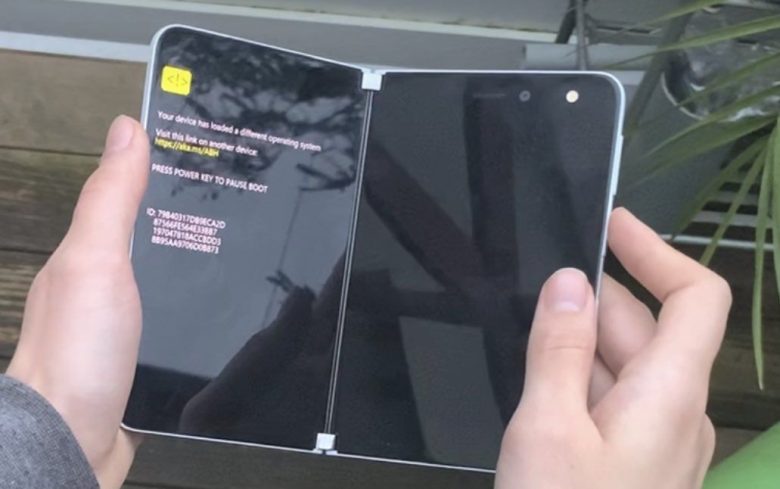 Up until now installing Windows on a Surface Duo required unlocking the bootloader, keeping it unlocked, and tethering your device to a computer.

But soon you’ll be able to:

In a brief video, Monce shows how dual booting will work on the Surface Duo and Surface Duo 2. In a nutshell, you can install Windows, keep Android, and choose which operating system loads when you boot the device by adjusting the display positions. If the dual-screen device is folded, one operating system will boot. If the screens are unfolded, the other will boot.

Today however, I am happy to report that all 3 above things, will be addressed soon 🙂 pic.twitter.com/5YGkENxrbn

If you opt to lock the bootloader, Monce says this will allow you to stream 3K content in Netflix and use other Android apps that require the bootloader to be locked including some banking and mobile payment apps. On the other hand, if you can live without those features, you can also root your device and install Magisk to gain more control over the behavior of Android.

More details about dual-booting and other updates for the WOA Project should be coming soon.