The MNT Reform is an open hardware laptop that’s designed to be hackable. Not only does it support open source software, but the laptop itself has a modular design that allows you to customize parts… and the designs are open source as well, allowing anyone to make their own modifications or design their own modules.

One thing the MNT Reform is not, though, is a high-performance laptop. At least not out of the box. When it went up for pre-order last year the only processor option was an NXP i.MX8MQ quad-core ARM Cortex-A53 processor. But did I mention the laptop is modular? Because MNT creator Lukas Hartman has been working on new modules that will allow you to replace the processor. 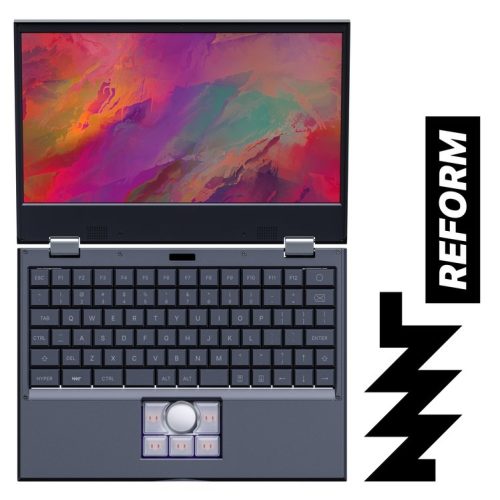 A few months ago he mentioned that he’s working on a Raspberry Pi Compute Module 4 adapter that would let you replace the NXP system-on-a-chip with Raspberry Pi’s module featuring a BCM2711 quad-core ARM Cortex-A72 processor.

Hartman hasn’t announced when you’ll actually be able to buy one of these adapters, but notes in the tweet that they’re “slightly delayed but inevitable,” suggesting that MNT Reform users will eventually have the option of changing out the brains of their open hardware computers.

The MNT Reform went up for pre-order during a crowdfunding campaign last year, and units began shipping to backers earlier this year with all units having been delivered by the end of August.

If you didn’t get in on the crowdfunding campaign, you can still pre-order a MNT Reform from Crowd Supply (or directly from MNT if you’re in the EU), but new orders aren’t expected to ship until March or April, 2022, depending on the configuration.

A MNT Reform DIY Kit that involves some assembly and sourcing some components on your own sells for $999, while fully-assembled models cost $1550.