I can’t imagine there’s a huge market for speakers that you hang around your neck… but companies keep producing them, so what do I know?

Anyway, now there’s another option in the North American market. Sony’s SRS-WS1 wireless neck speaker is now available in the US after first making a debut in Japan.

The wearable speaker has a suggested retail price of $300, but it’s on sale for $250 until December 1st. 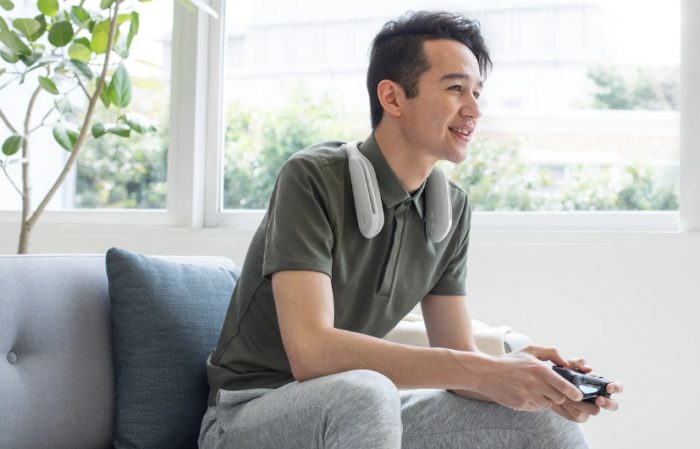 The idea is that you can place the speaker around your neck and it will direct sound upward toward your ears. Unlike headphones, this allows you to hear sounds around you… but it also means that other folks nearby will hear whatever you’re listening to. It just might not sound as good to them as it does to you.

If the idea of wearing a speaker around your neck isn’t already weird enough, how about the fact that the SRS-WS1 is wireless… but it doesn’t support Bluetooth?

Want to use it with a TV, game console, smartphone, or just about anything else? Then you’ll need to connect a 2.4 GHz RF wireless transmitter to your gear using a 3.5mm audio cable or an optical cable.

I guess the good news is that at least the speaker comes with the necessary transmitter. You can also transmit to up to two SRS-WS1 sets at the same time… if you think it’s a good idea to spend $500 – $600 on a set of wearable speakers that for two rather than just buying some good speakers for your TV. 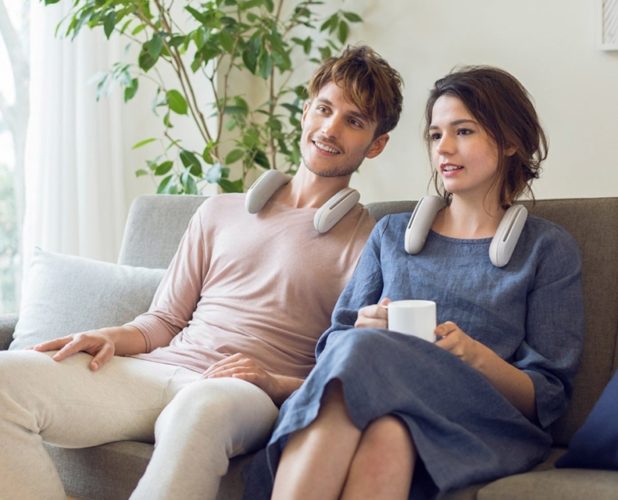 Sony says the SRS-WS1 speakers should get up to 7 hours of battery life on a charge… but it takes 3 hours to fully recharge them. So heavy TV viewers may need to plug them in overnight every few days or so.