The Google Glass program might be on hold while the company retools its wearable face computer, but other companies are moving ahead with their own smart glass products.

Sony introduced its own SmartEyeglass platform last fall, and now the company is selling SmartEyeglass Developer Edition SED-1 units in 10 countries including the US, UK, Japan, and a number of European countries. 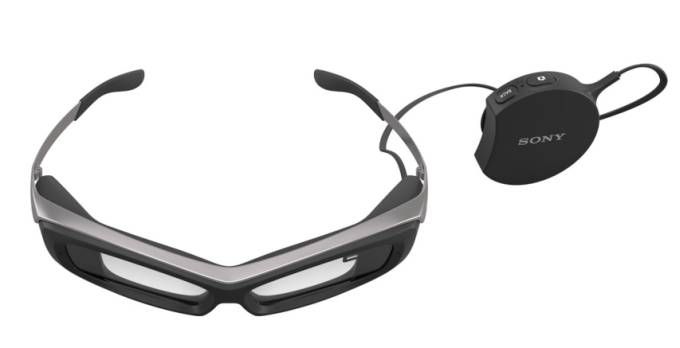 Sony’s SmartEyeglass looks like a pair of glasses with thick frames. But the lenses are also displays. They’re 85 percent transparent, allowing you to look through the glass to see what’s on the other side. But you can also see text, monochrome images, or other content displayed on the glasses without shifting your gaze.

It can be paired with your Android smartphone over Bluetooth or WiFi and it can communicate with apps running on your phone. SmartEyeglass can also detect your location by accessing your phone’s GPS receiver.

A separate controller is attached to the glasses by a wire, and includes the battery, a speaker, a touch sensor, microphone, and NFC.

This is developer-edition hardware which means it’s not aimed at the general public. Instead the goal is to get it to hands of coders who can come up with applications to make the platform useful. If and when Sony releases finished hardware it could have different features, a different price tag, and possibly a less clunky-looking design. Nonetheless, SmartEyeglass is already about half the price of a Google Glass Explorer Edition kit (which sold for about $1500 before Google discontinued the Explorer program).