Looking for a better portable music player than your smartphone? A handful of companies offer high-end devices for audiophiles who aren’t happy with compressed MP3 music and cheap audio hardware.

Sony has a long history in the space. At one point the company’s Walkman brand was pretty much synonymous with the idea of a portable music player. Sony’s Walkman ZX1 launched last year and offered high-end, uncompressed audio playback at a steep price: it sold for $1000. 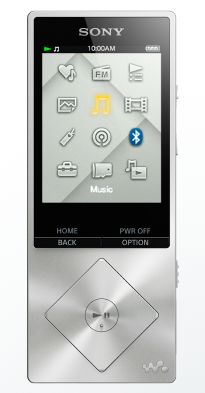 This little guy should be available in November for about $300. It features up to 64GB of built-in storage and has a microSD card for up to 128GB of removable storage.

It supports a range of audio formats including FLAC, WAV, ALAC, and AIFF. You can also play MP3, AAC, and WMA file son it… but if that’s all you plan to do with this device you could probably save yourself a lot of money.

The Walkman has a brushed metal case, a 2.25 inch, 320 x 240 pixel display, and a dial below the screen that you can use to navigate through menus and control music playback. The screen is not touch sensitive, so you’ll need to use those buttons to control the device. 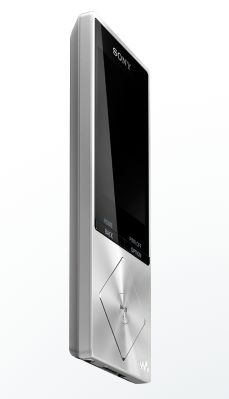 If you’re used to touchscreen devices it might seem odd to forego one: but one thing I really miss from old-school MP3 players is the ability to easily hit play, pause, or skip buttons without taking the device out of my pocket. That’s something that’s hard to do on a phone, but which should be easy on a device like this.

The Sony Walkman NWZ-A17 isn’t really a video player, but it can handle MP4, WMV9, and AVCHD videos at resolutions up to 720 x 480 pixels.

It doesn’t run third-party apps. It’s a music player and not much more: but at $299, it’s actually less expensive than another high-profile, high-fidelity portable music player. The Neil Young-backed PonoPlayer sells for $399 and wont actually ship until early 2015.

The little music player features a USB port for loading music from your computer and supports Bluetooth 2.1 for connecting headphones or speakers.