Sony launched a device called the PlayStation Vita TV in Japan late last year. It’s a pocket-sized box that lets you stream video games from your PlayStation 4 in one room to a TV in another. You can also use it to stream video from internet sites such as Hulu Plus.

Now Sony is bringing the box to the United States and Canada where it will be sold for $99 and branded as the PlayStation TV. 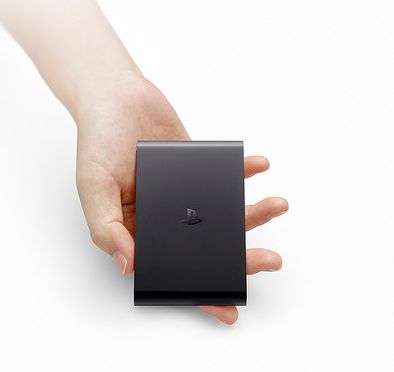 While the PlayStation TV is a companion to the PS4 game console, you might be able to justify picking one up even if you don’t have a PS4.

At $99, it’s about the same price as an Amazon Fire TV or a Roku 3 media streaming device, and it’ll offer similar functionality. But you can also use it with the upcoming PlayStation Now service which will let you stream games to your TV over the internet without downloading and installing them on a local device first.

In other words, you should be able to play at least a few console-quality games on this $99 box, rather than the Android-style games you get on a Fire TV or Ouya micro-console. It’ll also support select PS Vita, PS One, and PSP games. All told, there should be about 1000 games available for the PlayStation TV.

While the box itself will sell for $99, Sony will also offer a $139 bundle which includes a game controller, 8GB storage card, HDMI cable, and a copy of the LEgo Movie Video game.

Sony will also launch the PS TV in Europe this year for €99 and Australia for $150 AUD.