But Sony has been making “compact” editions of many of its top phones for years, and it looks like the company has a new model on the way — it’ll reportedly have the biggest screen to date, but thanks to slim bezels and a wide aspect ratio, the upcoming 5.5 inch Sony Xperia Compact will actually be a physically smaller phone than last year’s 5 inch Xperia XZ2 Compact. 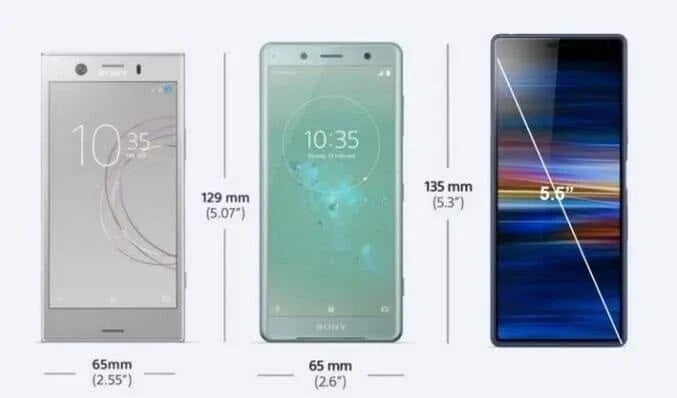 According to leaks, the new phone will have a 21:9 display and measure about 138mm x 60mm. That makes it a tiny bit taller, but thinner than the Xperia XZ2 Compact, which measured 135mm x 65mm.

Unlike some older Sony “compact” phones though, this won’t be a small phone with flagship specs. It’s expected to feature a Qualcomm Snapdragon 665 processor, which is a mid-range system-on-a-chip.

Hopefully that means the upcoming Xperia Compact will also have a mid-range price.

6 replies on “Sony’s next Xperia Compact phone could have bigger screen, smaller body”