Sony’s smartphones might not get as much attention in the US as models from Samsung, HTC, or LG. But for the past few years, Sony has been putting out phones with decent hardware… except for one weird quirk: the fingerprint sensor has been built into the power button on the side of the phone. And for some reason, it’s disabled on models sold in the US.

So when pictures of several unreleased Sony phones hit the internet this week, the first thing I noticed was the circle on the back, below the camera.

It looks like Sony is moving the fingerprint sensor to the rear of the phone… which means it’ll probably be fully functional if and when these phones make it to the United States. 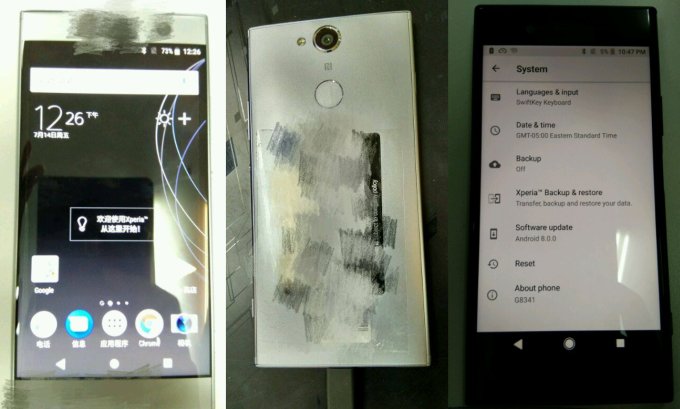 A leak from earlier this year suggested the XZ1 and XZ1 Compact would both feature Qualcomm Snpadragon 835 processors, 4GB of RAM, and full HD displays, with the larger model sporting a 5.2 inch display and the Compact edition phone featuring a 4.6 inch screen.

The Xperia X1 is expected to be a lower-cost device with a 5 inch full HD display and a Qualcomm Snapdragon 660 processor.

Based on the pictures, it looks like at least one model will ship with Android 8.0 software, and at least based on the pictures we can see, the new phones will forego to of the current trends in the smartphone space: there seems to be a single-lens camera on the back of the phone, and the top and bottom bezels on the front are rather sizable.