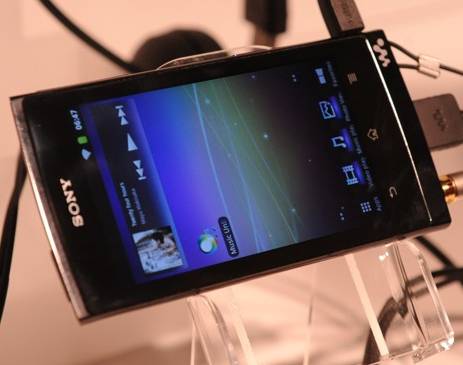 Once upon a time the Sony Walkman was the portable music player of choice. But that was back when it seemed like a good idea to store 12 songs on a long strip of electromagnetic tape surrounded by a big plastic case. The company’s digital music players have never been as popular as Sony’s cassette players were a few decades ago.

Now Sony is trying a new approach by launching an Android-powered digital music player that’s sort of like the company’s belated version of an iPod touch.

The new device is called the Sony Walkman Mobile Entertainment Player, and while it’s primarily geared at media playback, it can also run thousands of Android applications. Sony is showing off a prototype at the IFA trade show in Berlin this week, where Engadget and CNET had opportunities to check it out.

While Sony won’t be the first company to launch a handheld Android device that doesn’t make phone calls, the Walkman has some features that make it stand out, including a button on the side of the device that will bring up on-screen music controls even if the device is locked. There are also some custom music apps, and support for Sony’s Music Unlimited subscription-based music service.

The prototype has a 4.3 inch, 800 x 640 pixel display and support WiFi, Bluetooth, and support for HDMI and DLNA connections for streaming media to an external device. But the specs haven’t been finalized yet so some of those features may change.