Sony’s smartphones may not be top-sellers, but the company’s image sensors power the cameras in a lot of phones from other companies.

The company is announcing its new Exmor RS IMX318 image sensor just ahead of this year’s Mobile World Congress, so don’t be surprised if we see a few new phones with this camera in the next week or so. 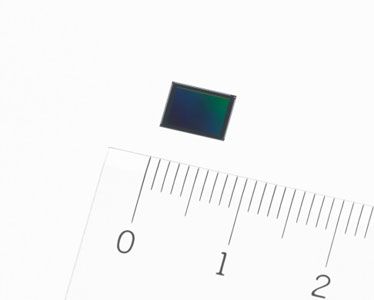 It might be a little while before those phones hit the market though: Sony says its CMOS image sensor won’t start shipping until May.

The new image sensor has a hybrid auto-focus feature that allows cameras to focus in as little as 0.03 seconds. It also has a 3-axis electronic image stabilizer to help prevent videos from getting too shaky.

The IMX318 supports resolutions up to 22.5 megapixels as well as video recording at the following resolutions and frame rates: