Can’t decide if you want a phone or tablet, but know you love the stock Android experience? Sony might have you covered. The company has partnered with Google to launch a Sony Z Ultra Google Play Edition smartphone featuring a 6.4 inch display.

This is basically a carrier unlocked version of the Sony Xperia Z Ultra, featuring software that’s pretty much the same as what you’d get on a Google Nexus phone or tablet — but Sony distributes the software updates to users, not Google. 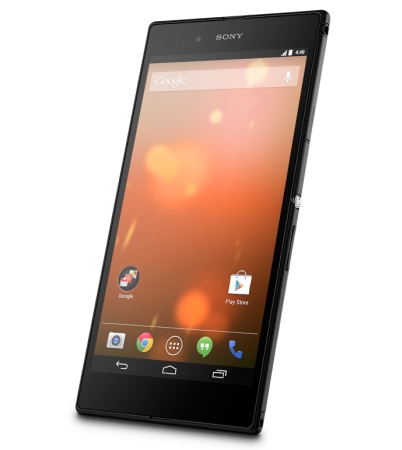 The phone has an 8MP rear camera and 2MP front-facing camera, a 3000mAh battery, Bluetooth, NFC, and 802.11ac WiFi. It supports HSPA+ and LTE networks and should work with AT&T and T-Mobile networks in the US.