First introduced in September, Sony now says it will begin selling the phone in the US in February.

The company is also bringing the 4.6 inch Sony Xperia Z5 Compact to the US in February.

Update: The US versions of the phones will not have fingerprint sensors. 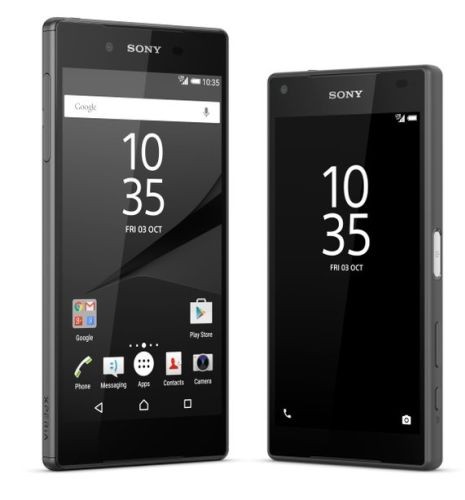 The Xperia Z5 Compact may be the real head-turner. It has some of the best specs available in a phone this small. The phone features the same processor, camera, and fingerprint scanner as the larger model, but it’s easier to hold in one hand and has a price tag that’s $100 lower.

Sony will offer an unlocked Xperia Z5 for $599 starting February 7th, while the Xperia Z5 Compact will sell for $499.

The phones should work on GSM networks in the US including AT&T and T-Mobile, and while you could already buy a global version of the phone and use it in the US, the new versions that go on sale in the States in February will come with a US warranty.

Sony also offers one more model in global markets: the Xperia Z5 Premium ha a 5.5 inch, 3840 x 2160 pixel display and a 3,430 mAh battery. There’s no word on if or when Sony will introduce a US version of that phone.