The Sony Xperia Z2 Tablet is a 10 inch Android tablet with a waterproof case and a slim design, measuring just a quarter of an inch thick and weighing about 15 ounces. The tablet doesn’t skimp on specs either: It has a Qualcomm Snapdragon 801 processor and up to 10 hours of battery life.

Sony launched the tablet in select markets in March. Now folks in the US have a chance to buy the tablet… assuming there’s still a market for Android tablets that cost $500 or more.

Update: The Xperia Z2 tablet is now available for $500. 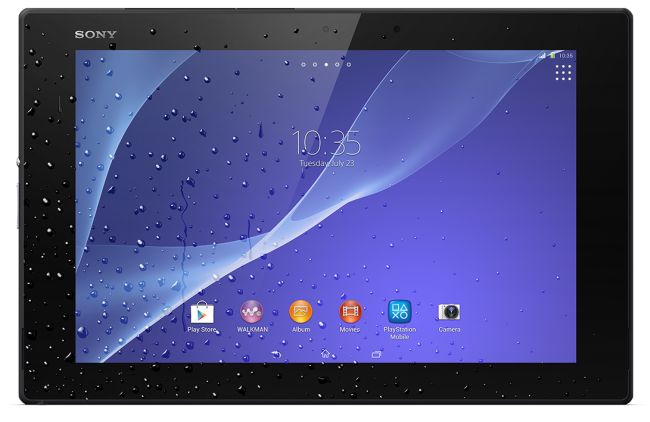 Sony’s tablet has a 10.1 inch, 1920 x 1200 pixel display, 3GB of RAM, a microSD card slot, WiFi, Bluetooth, and NFC and the tablet features an 8.1MP rear camera and 2MP front-facing camera. It also supports FM radio and has an IR blaster which lets you use the tablet as a remote control for your TV or other gear.

Optional accessories include a Bluetooth keyboard, a charging dock, and cases. It’s the waterproof and dust-resistant case that really sets the Sony Xperia Z2 tablet apart from most other tablets in the US. Sony says its tablet is IPX5/8 waterproof and IPX5 dust resistant — assuming you keep all the plastic covers securely fastened over USB ports and other openings.

via Android Central and SlashGear