The Sony Xperia Z is a 5 inch Android smartphone with a quad-core processor, 2GB of RAM, a 1920 x 1080 pixel display, and a 13MP camera. When Sony unveiled the phone in January, it had one of the most impressive spec sheets of any Android phone around.

Half a year later, the Xperia Z is finally about to go on sale in the US. The hardware’s not exactly bleeding edge anymore, but there is still one thing that makes Sony’s phone stand out: it’s waterproof. 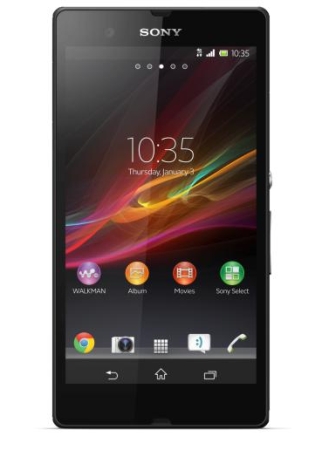 I don’t just mean you can splash it with a bit of water without worrying too much. I mean you can drop it in a bowl of water, snap a picture, and leave it there for a half hour and the phone’ll be OK.

In other words, you can answer it outside on a rainy day, surf the web from the comfort of your bath tub, and read on the toilet without fear of dropping the phone in the bowl. (I mean, sure, it’s still gross, but it’s not life-threatening).

You’ll have to keep the USB port and other jacks covered with little plastic doors in order for the phone to stay waterproof. But it’s nice to at least have the ability to protect your device.

The Sony Xperia Z will be available exclusively for T-Mobile in the United States when it goes on sale July 16th.

T-Mobile will sell the phone for $99.99 up front and charge customers $20 per month for the following 24 months to pay off the balance of the phone. You could also just buy it outright and use it on T-Mobile’s network.

Customers who pre-order from T-Mobile’s website on July 16th can also get a free Bluetooth speaker.