At first glance the Sony Xperia XZ2 and XZ2 Compact look… a lot like other recent smartphones. They have 18:9 (or 2:1) aspect ratio displays, slim bezels, rounded corners, and curved glass.

But that’s actually a pretty big deal for Sony, which has been releasing phones with the same boxy design for the past few years.

Sony is expected to officially unveil the Xperia XZ2 an XZ2 Compact at Mobile World Congress on Sunday. But VentureBeat’s Evan Blass has spilled the beans by publishing a leaked image a few days early. 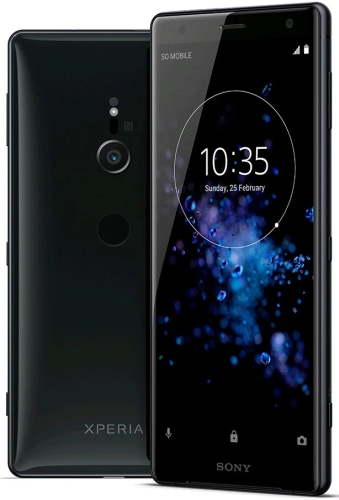 Blass reports that the Xperia XZ2 will have a 5.7 inch display, while the Compact edition will have a 5 inch screen.

The larger phone is said to have a 3,180 mAh battery and wireless charging support, while the Sony Xperia XZ2 Compact is expected to have a 2,870 mAh battery that only supports wired charging.

Oh, and both phones have a fingerprint sensor on the back, which means that you’ll actually be able to use it in the United States. For several years Sony has been releasing phones with fingerprint readers built into the home button… but disabling the sensor for versions of those phones that shipped in the US.