Sony’s new top tier phone is coming to America soon. AT&T has announced it will carry the Sony Xperia TL, a smartphone with a 720p display and support for AT&T’s LTE and HSPA+ mobile broadband networks. 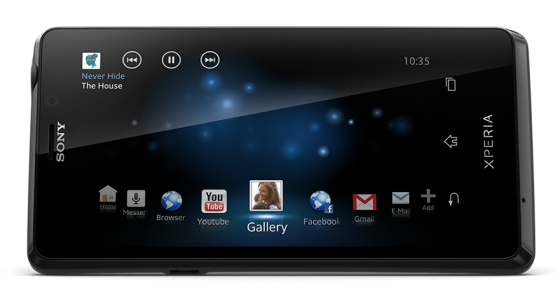 One of the phone’s key selling points is the a 13MP camera rear camera. It also has a front-facing 1.3MP camera.

As you might expect, Sony is playing up the 13MP camera, pointing out that the phone also has a Sony Exmore R sensor, f/2.4 aperture, support for 1080p HD video recording, and Sony’s custom “Album” app.

The phone has a micro USB port, WiFi, aGPS, Blueooth, NFC, and support HDMI output via MHL. It also supports aGPS and DLNA.

The Sony Xperia TL will ship with Android 4.0.4 Ice Cream Sandwich, but Sony and AT&T plan to offer an Android 4.1 Jelly Bean update after the phone launches.

There’s no word on the release date or price in the US.

Vodafone, Three, and O2 are already selling the phone in the UK.