Part of the appeal of Amazon Echo and Google Home-style speakers is that you can place them anywhere in your home and interact with them just by talking. Sure, you can use Siri, Gooogle Assistant, or Cortana on your phone. But not having to actually pull out and unlock your phone makes the feature a bit more magical… until you walk out of the room so the speaker can’t hear you anymore.

One solution is to buy a bunch of devices, which is part of the reason Amazon offers the cheaper Echo Dot and Google just launched the Home Mini.

Sony has another idea: a smart speaker that follows you around. Technically, the company says the Sony Xperia Hello is a “communication robot,” but basically it’s a smart speaker on wheels. It’ll be available in Japan starting November 18th, for $1300 . 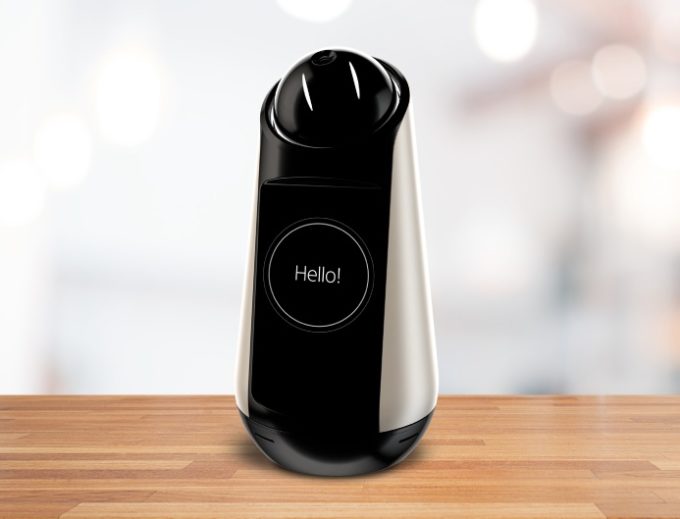 To be fair, there are a few things that Sony Xperia Hello can do that other smart speakers cannot. It not only responds to voice commands, but also recognizes facial expressions. It moves around thanks to a set of wheels, and it sort of has a face thanks to a set of glowing eyes and an orb that lets them change their position to look up, down, and side to side.

The Xperia Hello has a 4.55 inch, 1280 x 720 pixel LCD display and runs an Android-based operating system. Instead of Alexa, Cortana, Assistant, or Siri, it uses Sony’s own voice assistant software which would probably be more of a dealbreaker if this device weren’t available exclusively in Japan at launch.

Since there’s a camera and display you can also use to to make voice and video calls using the LINE messenger service.

It features a Qualcomm Snapdragon 650 hexa-core processor, 3GB of RAM, and 32GB of storage. It supports 802.11ac WiFi, Bluetooth and NFC, has a USB Type-C port, and a mono speaker. The system has a 2,300 mAh battery. And there’s a 7-mic array for picking up your voice.

The device measures about 8.5″ x 4.3″ x and weighs about 2.4 pounds, which makes it a bit shorter and lighter, but a bit wider than the new Amazon Echo Plus.

It’s tempting to say that the Sony Xperia Hello is horribly overpriced at $1300. But it’s not like there’s a lot of competition in this anthropomorphic smart speaker space, although I suppose the Asus Zenbo is sort of like a larger version of an interactive voice assistant/robot.