That’s because they have what Sony calls an “open ear” design that lets you hear music, podcasts, or other audio without preventing you from hearing the sounds around you. That could come in handy for folks who want a set of earbuds they can wear while running, biking, or otherwise engaging in activities where you might get hit by a car if you don’t hear it coming… but it could also make the Xperia Ear Duo less compelling for folks that want to block out the sounds of their office coworkers.

Sony says the Xperia Ear Duo earbuds will be available this spring for about $280. 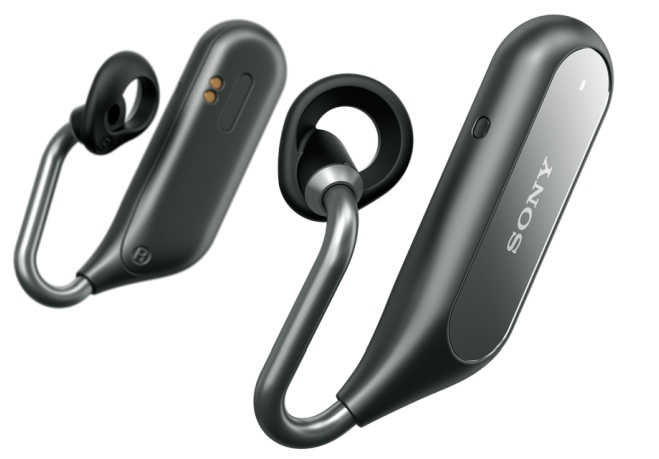 They do feature 4 microphones and noise suppression technology that can cancel out wind noise and echos, among other sounds.

They’re rated IPX2 for water protection, which should help protect them against sweat. 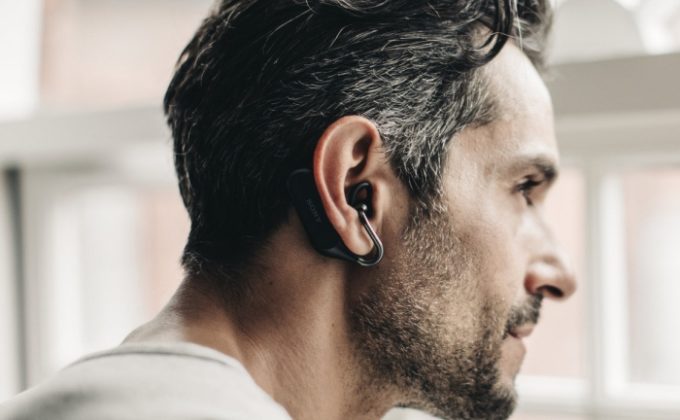 While Sony only promises up to 4 hours of listening time or 2.5 hours of talk time, the earbuds come with a charging case that has a 740 mAh battery, which should let you recharge the earbuds multiple times without plugging in. The company says putting the earbuds in the case for 7 minutes should give you enough power for an hour of listening time.

The earbuds have a set of motion sensors and a touchpad that you can use for controls. They also support Google Assistant and Siri voice interactions.