Sony may not be making a lot of money in the smartphone business. But the company is still cranking out new models. A few weeks ago the company unveiled the Sony Xperia Z4 high-end smartphone. Now Sony is updating its mid-range Xperia C series.

Like last year’s Xperia C3, the new Sony Xperia C4 is a “selfie smartphone” thanks to a relatively high-quality 5MP front-facing camera. But the new model has a higher resolution display, twice as much memory and storage, and a few other improvements. 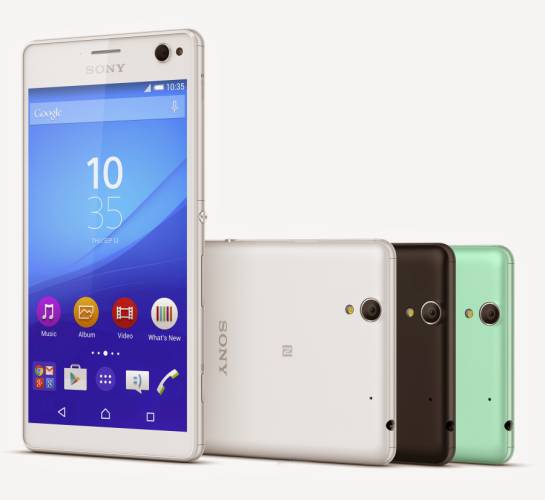 It features WiFi, Bluetooth, NFC, 4G LTE (in some markets), and the phone sports a 2600 mAh battery. It runs Google Android 5.0 Lollipop software.

Overall, it has the specs of a decent mid-range phone. But Sony hopes the phone’s cameras will help it stand out.

There’s a 13MP rear camera and a 5MP front-facing camera. The front camera has a 25mm wide-angle lens, an LED flash, and support for HDR photos.

Sony also includes a versatile camera app and a offers a camera add-on API that lets third-party developers create apps that can be integrated with the default camera app.