An unannounced Sony showed up at the FCC today. It’s described as a Sony personal computer and it looks like a laptop with a very widescreen display..

Update: It looks like this could be the Sony Vaio Duo 11 convertible tablet. Read on for more details. 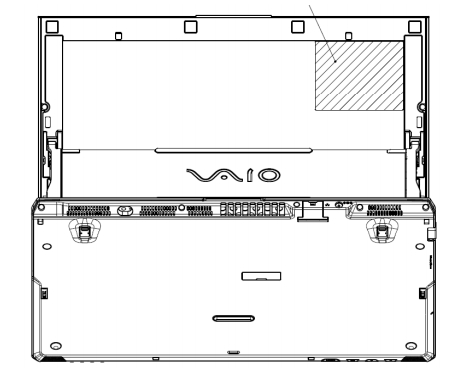 Here’s what the FCC listing tells us about the new device. It’s wearing the Sony Vaio label, which means it’s probably a notebook and not a slate.

It also features 802.11a/b/g/n WiFi, Bluetooth, and NFC. The FCC documents also mention a stylus, which suggests that the device could have a touchscreen. It might even be some sort of convertible tablet-style notebook.

The label drawing shows some sort of card slot which could house an SD  card or maybe even a SIM card — although the FCC listing doesn’t say anything about 3G or 4G wireless capabilities.

While it’s not entirely clear what we’re looking at in the image, SlashGear‘s Chris Davies points out the device looks a lot like the Sony Vaio Duo 11 convertible tablet shown from a funny angle.

If that’s the case, what we’re looking at is a tablet with an 11.6 inch, 1920 x 1080 pixel display, Windows 8 operating system, and an Ivy Bridge processor. You can transform the device from tablet to laptop mode by sliding out the keyboard from under the screen.

Most of the good stuff is protected by a 180 day confidentiality request, which means photos, user manuals, and other details probably won’t pop up on the FCC website until Sony officially launches the product.