Sony is updating its flagship smartphone lineup with two new models. The Sony Xperia Z3 is a 5.2 inch phone with a full HD display and a Qualcomm Snapdragon 801 processor, while the Xperia Z3 Compact is smaller model with a 4.6 inch, 720p display.

Both should be available starting this fall.

While many companies offer “compact” or “mini” versions of their phones with pared down specs, the Xperia Z3 and Z3 Compact really do share the same basic DNA.

The smaller version has a smaller battery and lower resolution display, but most of the other specs are the same.

Both phones feature 20.7MP rear cameras, 2.2MP front-facing cameras, water and dust-proof cases, 16GB of storage, and microSD card slots that can support up to 128GB of removable storage.

Oh yeah, there’s one more thing these two phones have in common. Along with the Sony Xperia Z3 Compact tablet, they’re the only devices that official support Sony’s new PlayStation 4 Remote Play feature.

Fire up a game on your PS4, hit the pause button, and you can continue playing on a phone or tablet connected to your home WiFi network. This lets you free up the TV so someone else can watch, or carry your game with you so you don’t have to stop playing during potty breaks. 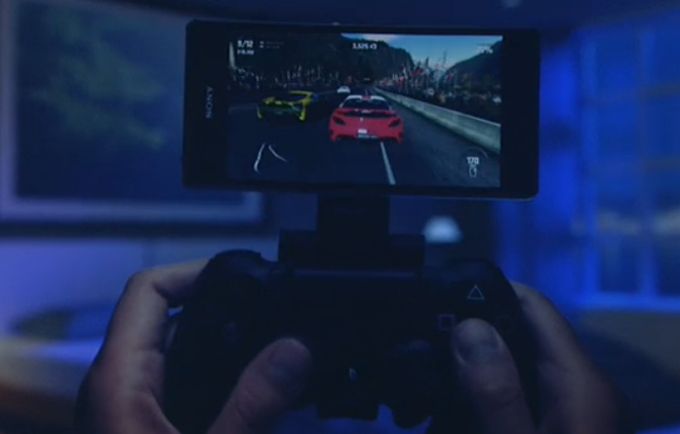