It’s also not a bad looking phone — if you don’t mind a somewhat boxy design. 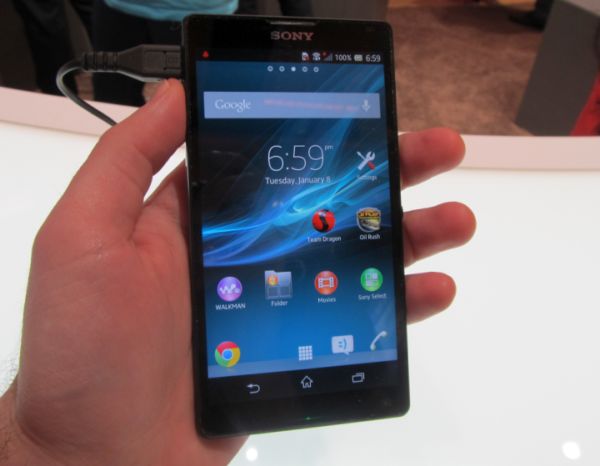 There’s Corning Gorilla Glass on both the front and back of the phone, and Sony hides the microUSB, microSD, and SIM card slots behind doors — which is part of what helps keep the phone resistant to dust and water.

How resistant? According to The Verge, you can dunk the phone in a tank of water for up to 30 minutes without causing serious damage.

Sony is also playing up the phone’s camera, which supports HDR video recording and a burst mode with support for snapping up to 10 pictures per second.

The company also has a cheaper Xperia ZL model which looks basically the same and has the same CPU and display, but which doesn’t have the water resistant design or the Gorilla Glass rear panel. Instead it has a plastic back. That model will only be released in limited markets.

Both phones will ship with Android 4.1, but Sony plans to offer an Android 4.2 update eventually.

The company’s new flagship phones should be available around the globe starting in the first quarter of 2013 for some price or other.