Sony is showing off two new products and several new concepts for smart devices that… look kind of familiar.

For example, the one product Sony says it already plans to release is the Xperia Ear. It’s a Bluetooth device that you place in one ear not only to take and make phone calls, but to get updates about your schedule, weather, and news. You can control it by voice commands.

In other words, it’s Sony’s answer to the Moto Hint. 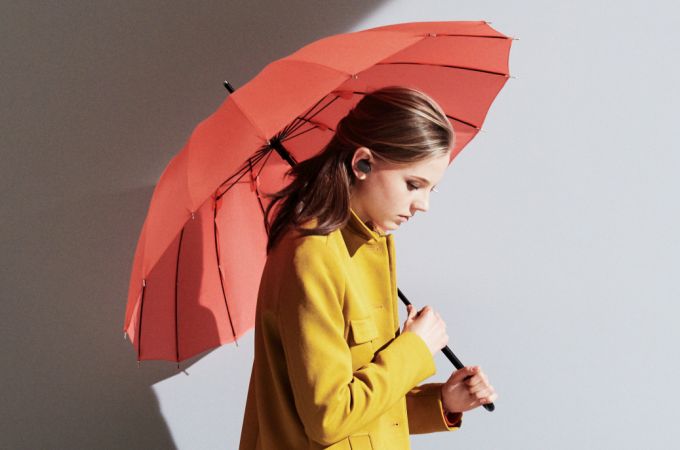 The Sony Xperia Ear works with Android phones, features an IPX2 water-protection rating, and “all day” battery life. It should be available in the summer of 2016.

Sony also unveiled the RM-X7BT in-car Bluetooth controller, which is an adapter that you can connect to your car stereo to enable support for voice commands and audio streaming. 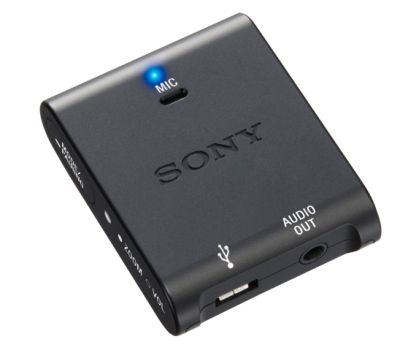 The rest of Sony’s new smart products are concepts, which means the company isn’t promising it’ll ever actually bring them to market. But here’s a run-down of the other concepts Sony introduced at Mobile Wold Congress:

Sony describes the Agent as a “a vision for a personalized assistant” that can respond to voice commands and gestures by answering questions and commands posed by voice. It can control smart home appliances. 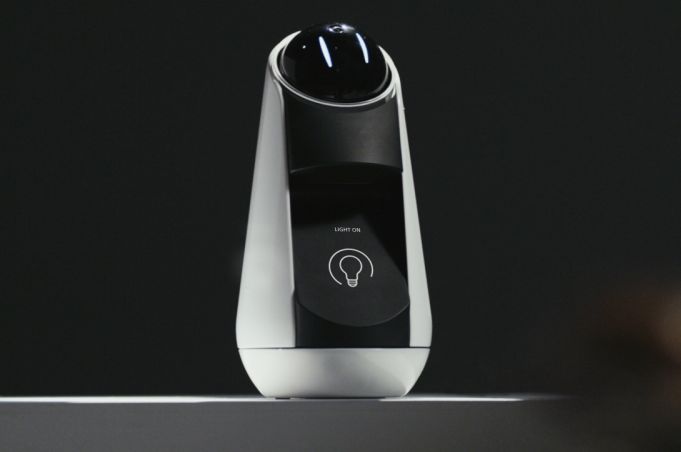 In other words, it’s Sony’s answer to the Amazon Echo. But it does have a few distinctive features including a built-in camera and a projector that can display content on surfaces… which could open the possibility of viewing visual weather forecasts, engaging in video chats, and more.

Next up? Sony’s answer to the Narrative Clip. The Xperia Eye is a concept for a small, wearable camera that can use voice and visual cues to snap pictures throughout the day, allowing you to record your experiences without pulling your phone out of your pocket. 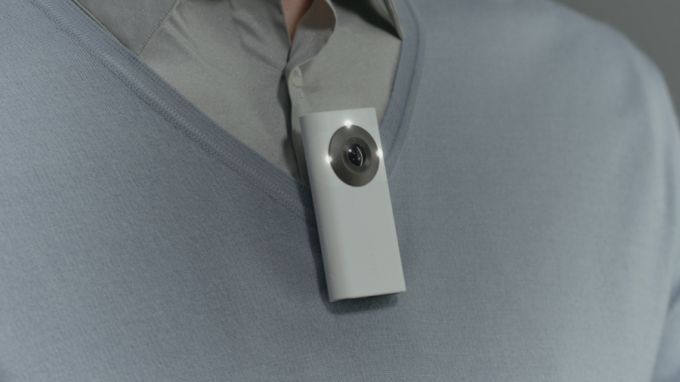 One special feature of Sony’s version of a lifelogger is that it has a 360 degree spherical lens.

Sony’s Xperia Projector concept takes a short throw projector, packs it in a small space, and adds the ability to let you use voice, gesture, or touch to interact with what you’re seeing. 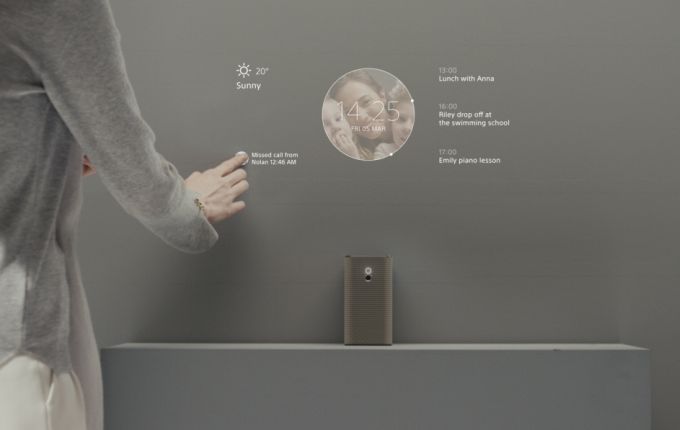 This could let you project images on any surface, and tap or swipe to navigate through pictures, zoom, switch apps, and more.