There’s a bit of an arms race taking place in the smartphone camera space. Nokia is slapping 41MP cameras in its phones, Samsung is going with optical zoom lenses, and everyone and their kid brother is trying to offer special features such as optical image stabilization, or better support for snapping photos in low-light environments.

But what if you already have a decent smartphone and don’t want to buy a new one just to get a better camera?

Sony may soon have you covered… or at least have you smartphone covered. 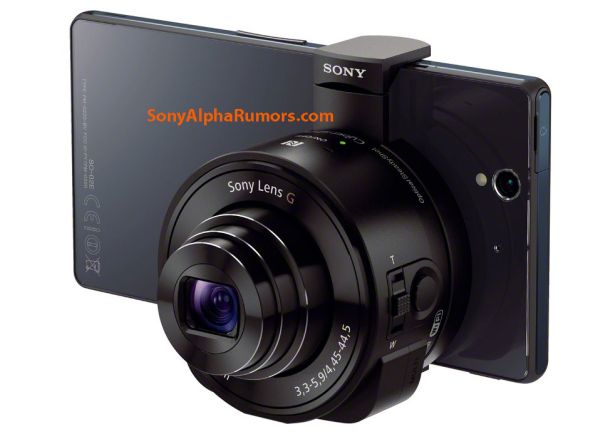 Sony Alpha Rumors reports that Sony is working on something called a Lens-camera. It’s basically a full-fledged camera crammed into a lens case. It’s designed to connect to the back of your phone or tablet and connect to your Android or iOS device over WiFi or NFC.

The Lens-camera has an optical zoom, an image sensor, wireless support, and a built-in SD card slot. But it doesn’t have an LCD display. Instead your phone or tablet screen acts as the display.

According to Sony Alpha Rumors, Sony will release at least two versions with varying lens quality. Both are probably a lot better than the camera’s you’ll find on most smartphones — but they likely won’t come cheap. Expect these Lens-camera kits to add hundreds of dollars to the price of your mobile photography kit.

One reply on “Sony to launch Lens-camera kit to upgrade your smartphone camera?”