The Sony Tablet S is the first Android tablet from Sony, and it stands out from the crowd with a few distinctive features including a wedge-shaped design, a 9.4 inch, 1280 x 800 pixel display, and Sony’s custom software running on top of Google Android 3.1 Honeycomb. That includes software for downloading and playing Sony Playstation video games. 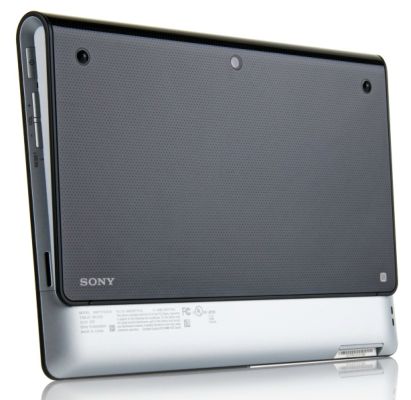 Sony is taking pre-orders for the tablet with prices starting at $499.99, but it looks like HSN is the first retailer actually promising to ship the tablet. The Sony Tablet S is now available from HSN for $599.99 (or 4 payments of $149.98).

That’s about $100 more than the price Sony charges for the 16GB tablet, but it looks like HSN is also throwing in 100 free music downloads from the Sony store.