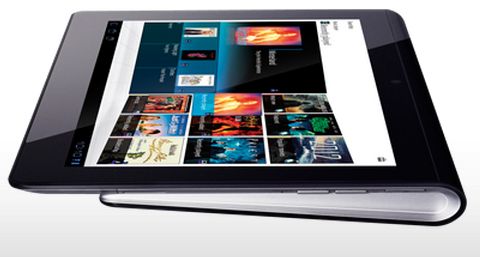 While Apple has been able to get away with selling entry-level tablets for $499 since introducing the original iPad in 2010, most other tablet makers have found that the bast way to move similar products is to offer lower prices.

The HP TouchPad only became popular after the price fell from $499 to $99. The Asus Eee Pad Transformer has long been available for $399. And the $199 Amazon Kindle Fire may be the best-selling Android tablet of the year, even though it only launched in November.

Now it looks like Sony got the message. The company is shaving $100 off the price of its Sony Tablet S, bringing the base price to $400.

For that price you get a tablet with 16GB of storage, a 1 GHz NVIDIA Tegra 2 dual core processor, and a 9.7 inch, 1280 x 800 pixel display. The Sony Tablet S is also PlayStation Certified, which means you can use the tablet to play some PlayStation games.

Technically the new prices are listed as “sale” prices, but I have a hard time imagining Sony will raise prices anytime soon — especially if the company plans to bring a new line of tablets to market anytime soon.