The Sony SmartWatch is a nifty $150 device that you can wear around your wrist and use as a companion for an Android smartphone. It pairs with your phone wirelessly and lets you access Twitter, email, music, weather, and other functions from your wrist.

But when hacker Chris Wade took one apart he found it doesn’t actually run its own Android operating system and has only a few megabytes of built-in storage. That means it’s not a particularly attractive alternative to the Motorola MOTO ACTV for hacking purposes. 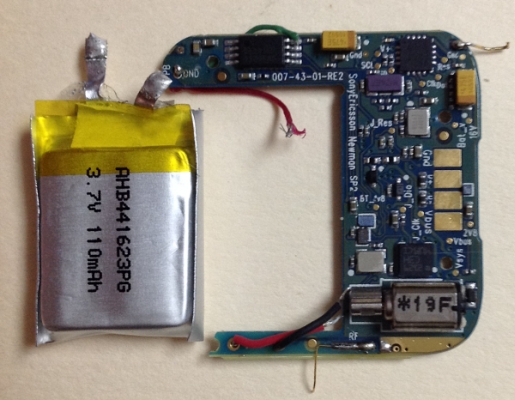 Last year Wade rooted a MOTO ACTV and figured out how to convince the watch to run a full Android environment with support for all sorts of Android apps — including the Android Market, YouTube, and Angry Birds.

Unfortunately since the Sony Smartwatch has less storage and a smaller battery than the Motorola device, it’s not really fit for running Android.

That doesn’t mean it’s impossible to tweak the SmartWatch to do things Sony didn’t intended… but there’s not as much to work with as on some other devices.

The good news is that the Sony SmartWatch is about $100 cheaper than a MOTO ACTV… although both cost more than the upcoming $115 Pebble smart watch.