Sony’s first wearable device aimed at fitness-tracking (and more) is now available to customers in Taiwan. The Sony SmartBand SWR10 is a a waterproof wristbad with a removable “Core” fitness tracker.

It can track movement, sync your data with a smartphone, and help you meet your fitness goals (or at least confirm that you’re not meeting them).

But Sony’s taking a different approach to this space than FitBit, Withings, Jawbone, and others by also incorporating social and entertainment features. 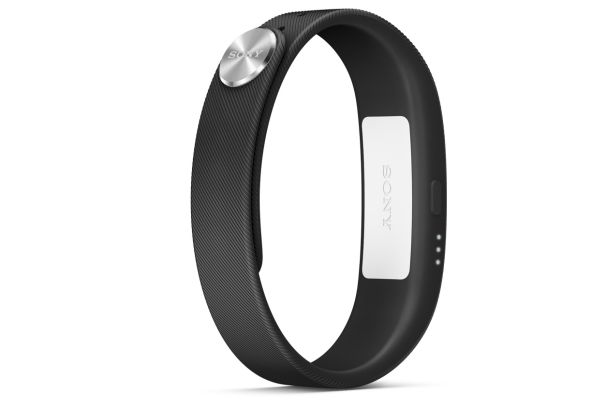 For instance, you can use the Sony SmartBand and the Sony LifeLog mobile app to record social activities, pictures you’ve taken, and even songs you’ve listened to. So when you’re looking through your history, you don’t just see how far you’ve walked or cycled, but also some of the other things you’ve been up to. At least that’s the idea.

There’s no display on the SmartBand, but it can vibrate to let you know when you’ve got incoming phone calls, and you can use the device as a remote control for media playback on your phone.

It supports Bluetooth 4.0 Low Energy, pairs with a phone via NFC, has 3 LED lights, and Sony will offer wrist straps in 9 different colors.

Unlike some companies, Sony doesn’t require SmartBand users to use a Sony phone. While the band is compatible with the Sony Xperia Z1, Z1 Compact, Z Ultra, and Z2, it also supports the Google Nexus 4 and Nexus 5, Samsung Galaxy S4 and Galaxy Note III, and the HTC One and HTC One M8.

The Sony SmartBand SWR10 sells for about $130 in Taiwan.

One reply on “Sony SmartBand goes on sale in Taiwan”