Sony is launching its first wearable fitness tracker in March. But the company’s not stopping with tracking fitness activity. When you pair the Sony SmartBand with Sony’s Lifelog application you can also use it to keep track of places you’ve been, songs you’ve listened too, books you’ve read, and other data. 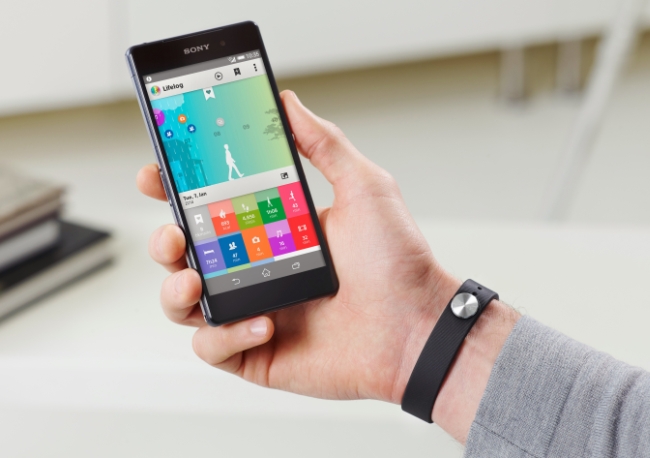 We first saw the SmartBand at the Consumer Electronics Show in January, but that was before the wristband had an official name. What it did have was the core module that actually does the heavy lifting of tracking and recording your data — and that core module could eventually find its way into other devices such as watches or clips.

The SmartBand and core module are designed to be wearable at all times. The device is waterproof so you can wear it in the shower. And it pairs with your phone via NFC or Bluetooth.

While there’s no display on the module, it can vibrate to alert you when you receive phone calls or other notifications. You can also tap the button to skip tracks or pause or play music using the Sony Walkman app.

The overall concept is pretty interesting. Rather than just setting fitness goals such as you’d like to walk 10,000 steps a day and sleep 8 hours each night the way you can with a Fitbit or similar device, Sony envisions the SmartBand as a device that helps you monitor your progress in other areas — how many books did you read? What pictures did you take this week? What was your favorite song this month?

Sony also says the SmartWear Experience is “built on open principles” and that the company will encourage folks in the design, developer, and fashion worlds to build on the vision — but we may have to wait until March to find out exactly what that means… and to find out how much the device will cost and if it’ll work with non-Sony phones.