Sony’s Smart Bluetooth Speaker BSP60 is a little globe with stereo speakers that pop out like ears when you want to listen to music. But the BSP60 is a lot more than a simple speaker: it also supports voice controls, letting you talk to your phone and get information including weather updates, make phone calls, check your text messages, and more.

Sony introduced the BSP60 a few months ago, and now it’s shipping to customers in select markets including the UK, Germany, and Japan.

Basically the little speaker is like Sony’s answer to $180 Amazon Echo, but it’s smaller, more expensive (it sells for more than $300 in Europe), and it’s designed to pair with a voice control app that runs on your Android smartphone.

You can activate the speaker by tapping a button or by saying “OK Speaker” to wake it up. Among other things, you can use the voice controls to check your schedule, set alarms or timers, play music, find your phone, or check the battery levels of your device and your phone. 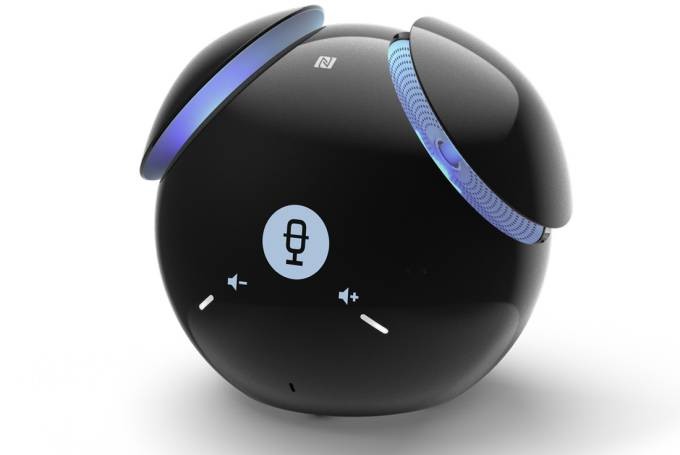 And while the Echo is meant to be used around the house, it’s still a stationary device that stays where you put it. The BSP60 has wheels which it can use to roll and dance to the music.

Whether that’s enough to justify a price tag that’s about twice as high as that for the Echo remains to be seens.