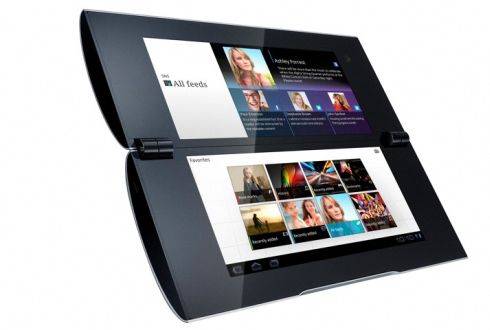 AT&T has announced that it will be the exclusive mobile broadband provider for Sony’s upcoming S2 tablet when it hits the streets later this year. The device features two 5.5 inch displays and a hinge in the middle allowing you to fold it up and fit it in a pocket. The AT&T model will have an HSPA+ module for connection to AT&T’s wireless network. Users will also get unlimited data at the network’s 20,000 WiFi hotspots in the US.

The company isn’t spilling any details about the price of the tablet or the data plans — but AT&T’s tablet data plans generally run $14.99 per month for 250MB of bandwidth or $25 per month for up to 2GB.

The dual-display design isn’t the only feature that will set the S2 apart from other Android tablets. Sony also plans to include software that will allow you to play Playstation1 and PSP games on the device or use it as a remote control for a Sony television.

Sony is also expected to launch an S1 tablet soon which features a single 9.4 inch display and a wedge-shaped design. The folks at Laptop Magazine got a chance to check out both tablets recently and report that Sony has also developed Android software which allows web pages to load more quickly than on other Android tablets, as well as software to improve touch responsiveness.