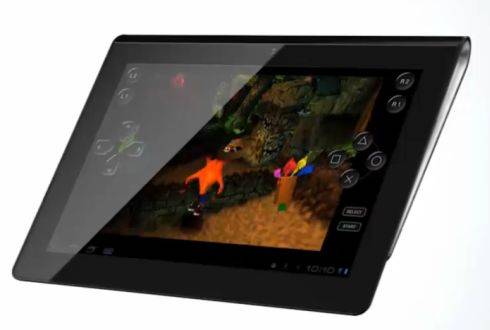 Sony may be preparing to launch its first Android tablet this fall… at least in the UK. The folks at This is My Next have had a chance to peek at some leaked documents suggesting that Sony Centre stores in the UK will start taking pre-orders for the Sony S1 tablet on September 1.

There’s no word on how much the tablets will cost, when they’ll actually ship, or what’s up with the Sony S2 dual-screen Android devices that the company is working on.

The Sony S1 features a 9.4 inch display, NVIDIA Tegra 2 dual core processor, front-and-rear cameras, and all the usual sensors you’d expect from a tablet running Google Android 3.x Honeycomb. But the tablet will also have an unusual wedge-shaped design which is supposed to make it easier to hold, an infrared port that lets you use the device as a remote control for your Sony television or other media devices, and Playstation software allowing you to purchase and run games on the tablet.