It took a few weeks longer than expected to push out the update, which was originally scheduled for May 24th. But if you have a Sony tablet you can check for the update by visiting the System Updates section in the “About tablet” area in your Settings panel. 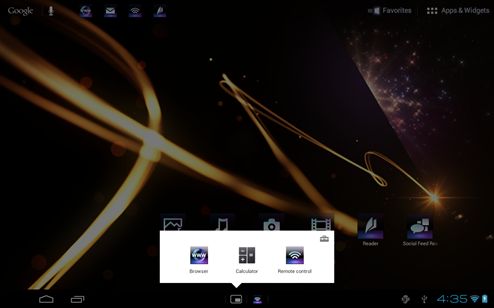 In addition to bringing Android 4.0 to the dual screen tablet, the new software adds direct SD card access, Sony’s new “small apps” which you can run without first minimizing whatever full-screen app you were viewing, and new photo options.

At launch the software update is only available in select markets.

The Sony Tablet P features a 1 GHz NVIDIA Tegra 2 dual core processor and two 5.5 inch, 1024 x 600 pixel displays. You can fold up the device and slide it into a pocket, or open it up to use apps across both screens or show separate apps in each display.