Sony is apparently getting ready to launch a next-generation eReader. A new device called the Sony PRS-T2 showed up at the FCC website this week. It’s described as a Digital book Reader with 802.11b/g/n WiFi capabilities. 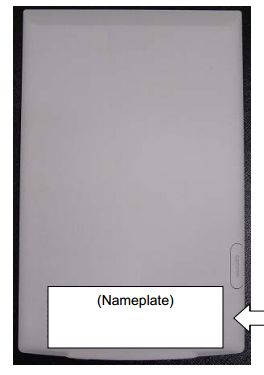 Right now Sony’s flagship eReader is the Sony Reader PRS-T1, a $130 model with a 6 inch, 600 x 800 pixel E Ink display, infrared touchscreen input, 2GB of storage and a microSD card for expansion, and a series of shortcut buttons below the screen.

The PRS-T2 will probably either offer additional features or a lower price tag… or both. Unfortunately the FCC listing doesn’t tell us much more than the name of the upcoming device.

It’s still good news for fans of the Sony Reader series. Some observers had predicted that Sony might be pulling out of the eReader space altogether to focus on Android tablets. Unless the Sony PRS-T2 is an Android tablet, it looks like that’s not the case.

2 replies on “Sony Reader PRS-T2 eReader in the works”