Sony has been introducing new portable notebooks left and right lately. The company recently announced that its first ultrabooks would be available in the US soon, with prices starting under $800. Sony also recently started offering its S series notebooks including the 13.3 inch model with shiny new Ivy Bridge processors.

Now it looks like Sony is also adding a new thin and light notebook to its Vaio E budget notebook lineup.

with an 11.6 inch display or $449.99. That makes this laptop the cheapest member of the Vaio E family, and also the smallest. 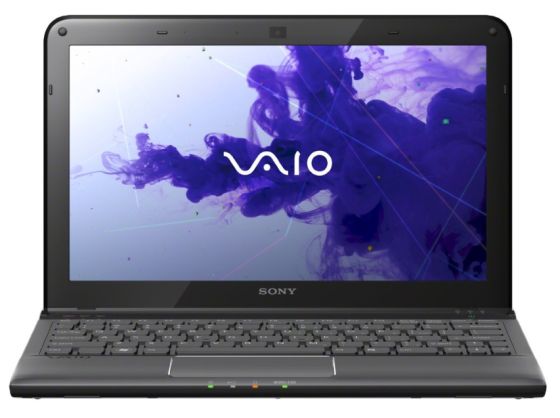 The notebook features a 1.7 GHz AMD E2-1800 dual core Brazos 2.0 processor. That’s the same chipset used by the HP Pavilion dm1 I’m reviewing at the moment — and while it’s no speed demon, the E2-1800 is a decent little performer for the price.

Judging by the photos at Amazon, it also has VGA and HDMI ports, 2 USB 2.0 ports an d1 USB 3.0 port — which would make it much like the larger laptops in the Sony Vaio E family — although most of its siblings have Intel processors rather than AMD chips.

Sony is also continuing to sell another 11.6 inch notebook with an AMD processor. Last year’s Sony Vaio YB Series notebook is still available with a 1.65 GHz AMD E-450 Brazos 1.0 processor for about $450.