Sony has released the PlayStation Mobile app for Android devices that are PlayStation certified. Right now that just includes a handful of devices from Sony and HTC, but we should be able to add Asus tablets into that group soon. 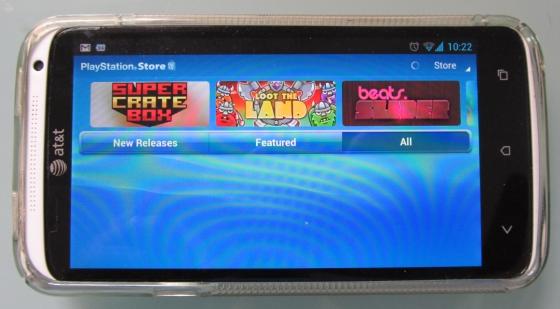 Unfortunately support for HTC One smartphoens seems to be a bit buggy at the moment. I was able to install the app on my HTC One X, but I received an error message when I tried to run it.

Of course, part of my problem could be that my phone is an AT&T HTC One XL model that also happens to be running a pre-release build of CyanogenMod 10 instead of HTC’s version of Android 4.0.

I was able to get a little further by following a tip from the xda-developers forum and installing a PlayStation Certification patch, but the app still crashed every time it tried to load the store.

Your results may vary, but Engadget reports that other HTC users are also having problems.