Sony is following in Nintendo’s footsteps and launching a tiny replica of a classic game console with a bunch of games pre-installed.

The PlayStation Classic is set to hit the streets on December 3rd, and it’s already up for pre-order for $100 from Best Buy and GameStop. 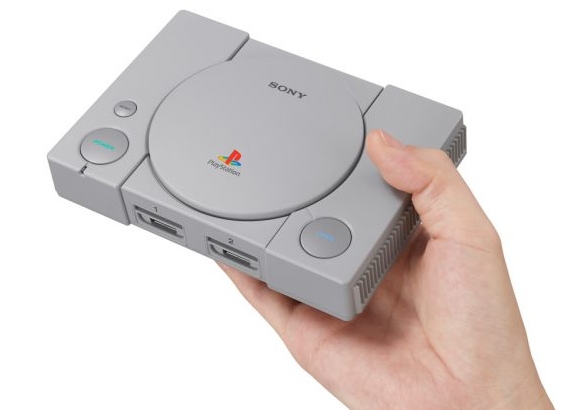 The retro console looks like a shrunken version of Sony’s original PlayStation game console, which was first released 25 years ago as one of the first game consoles to fully adopt 3D graphics.

Sony says the PlayStation Classic is 45 percent smaller than the original and features “similar controllers and packaging.” But it doesn’t have a CD drive, which means you won’t be able to simply insert old games you’ve got lying around.

Instead, it comes with 20 games pre-installed, including:

Sony says additional titles will be announced in the future.

The game system comes with an HDMI cable, a USB cable, and two controllers.