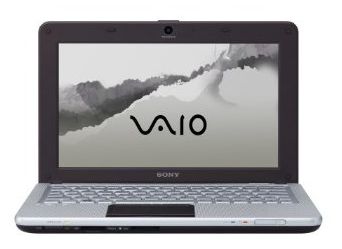 Over the past year or two, I’d kind of gotten used to writing sentences like “Apple and Sony are the only two major PC makers without an entry in the netbook category.” But Sony had to go and change that formula earlier this month with the introduction of the Sony Vaio Mini W. Sure, Sony refers to the W as an “internet book” and not a netbook, but in a recent interview with Laptop Magazine, Sony IT  products division VP Mike Abary said there’s a major reason Sony decided to introduce the W: The company thinks “the category is now legitimate.”

In the United States, more than 1 in 6 computers sold are netbooks, and so while Sony wanted to set itself apart from the crowd with the Sony Vaio P introduced earlier this year, which, thanks to its $899 price tag is most certainly not a netbook, the company finally decided there was too much consumer demand for netbooks to stay away.

The funny thing is that Abary says the reason Sony can charge $499 for the Vaio W when you can pick up a similar netbook for $399 or so is because it’s high resolution display makes it a better media machine. But I’ll let you in on a little secret: That’s not necessarily true. The low power Intel Atom processor and Intel GMA950 graphics are good enough to handle playback of 720p video downloads. But if you’ve ever tried watching HD Flash video on the web with an Atom powered netbook that has a 1366 x 768 pixel display, you’ll know that the high res screen is actually a disadvantage.

The CPU and GPU just don’t have enough oomph to pump out that many pixels of Flash video. Adobe, NVIDIA, and Broadcom are working on bringing support for hardware acceleration to Flash video, but it’s not clear whether Intel’s integrated GMA500 or GMA950 graphics will ever be able to handle video from sites like Hulu on higher resolution displays. If Sony isn’t going to put a faster processor in the Vaio W, the higher resolution display is kind of useless for online video.

On the other hand, HD photos will certainly look better on the Vaio W than on a netbook with a 1024 x 600 pixel display.

While I think Abary’s justification of the high price of the Vaio W is weak, he and I do see eye to eye on one point: He’s skeptical of the “smartbook” category because he believes that consumers will expect devices that look like notebooks to act like netbooks, something I’ve been saying for ages. I think a number of hardware makers and telecoms are hoping to sell smartbooks as if they were cellphones, by putting a custom OS that’s designed for connecting to web services on them.

But when users find out that they can’t necessarily run their favorite Windows apps, it will be a tough sell. I’m willing to be proven wrong, but after watching people declare each of the last 10 years or so the year of the Linux desktop, I’m not convinced that Linux, Google Android, or Windows CE powered smartbooks are going to make a huge splash anytime soon.

6 replies on “Sony: Netbooks are now a legitimate product category”