Sony launched its Xperia X line of smartphones in February, including models with entry-level, mid-range, and high-end specs.

Now it looks like there might be another high-end model on the way. An unannounced Sony phone has been listed at the GFXBench website, and XperiaBlog notes that it has a higher model number than the Sony Xperia X Performance… even if it has very similar specs.

That could mean Sony is preparing to launch another premium smartphone this year. 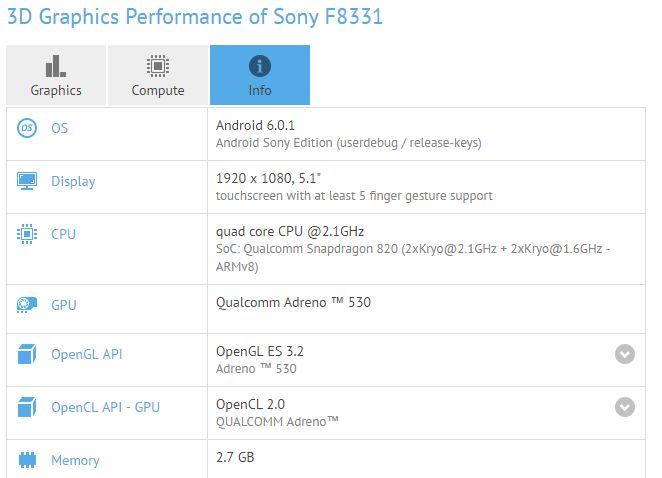 It has a 21MP rear camera with 4K video recording support and a 12MP front-facing camera that can also record 4K video.

In fact, it’s not really clear what, if any, differences there will be between this phone and the Xperia X Performance. But GFXBench listings don’t include any details about design, so we don’t know anything about the phone’s materials, colors, shape, or other physical characteristics yet.