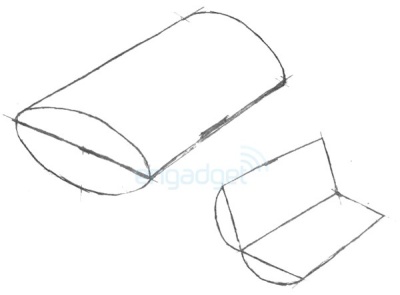 Last week Engadget spilled the beans on a rumored Sony Android tablet with Playstation integration and multimedia features. Now Engadget is reporting that Sony may have at least two other tricks up its sleeve:

The dual screen tablet is reportedly code-named the S2, and Engadget reports it looks like a cylinder when closed. Opened up, the two screens can be used to show different types of content. For instance, your Gmail message list could show up in one window with messages appearing in the other. the Android tablet is rumored to have an NVIDIA Tegra 2 dual core processor, WiFi and 3G capabilities, as well as front and rear cameras. It’s expected to sell for around $700.

The Windows tablet is rumored to have a 9.4 inch touchscreen display and a slide-out keyboard that transforms the tablet into laptop computer. It’s expected to sell for $800 or morelater this year.

Sony wouldn’t be the first major PC maker to produce either a dual screen device or a slider. NEC is already showing off the former, and Toshiba has been offering a dual-screen Windows tablet since last year. And both Samsung and Asus demonstrated tablets with slide-out keyboards at CES this year, running Windows and Android respectively.

But Sony will likely focus on build quality and tight integration with Sony’s digital media services to offer eBooks, music, videos, and other content.