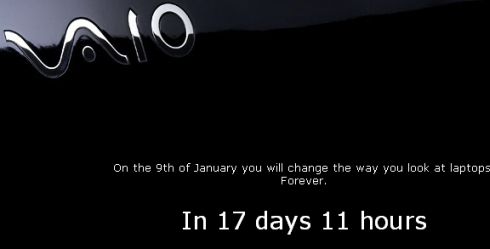 Sony has posted a teaser page on its New Zealand site for… something. Apparently the company will be launching a “revolutinary new VAIO” notebook that will “change the way you look at laptops. It could be a netbook or some sort of ultraportable laptop. or it could be something else altogether.

I’m going to hold off on any guesswork for now, but Sony and Apple are the only two major computer makers that have yet to release a netbook. And while neither company is known for making cheap computers, both are known for producing high quality devices. So a Sony netbook would be a welcome addition to the market — if the company can keep the price under $500. If it costs much more than that, it had better have some pretty awesome new features because it would be hard to place a $600 device in the same class as the $300 to $500 netbooks flooding the market.

5 replies on “Sony launching something, maybe a netbook?”