Sony’s latest smartphones include a high-end model with a big battery, a high-resolution 5 inch display, and a high-res camera too and a smaller model which brings high-end specs to a 4.3 inch smartphone.

The Sony Xperia Z1s has a 5 inch, full HD display, a 20.7MP camera, a 3000mAh battery and 32GB of storage. It’ll be available worldwide, but in the US it’ll be a T-Mobile exclusive when it launches January 22nd.

The Sony Xperia Z1 Compact has many of the same specs as its bigger sibling, but it has a 4.3 inch, 1280 x 720 pixel display — making it one of the few top tier phones to come with a screen smaller than 4.7 inches. 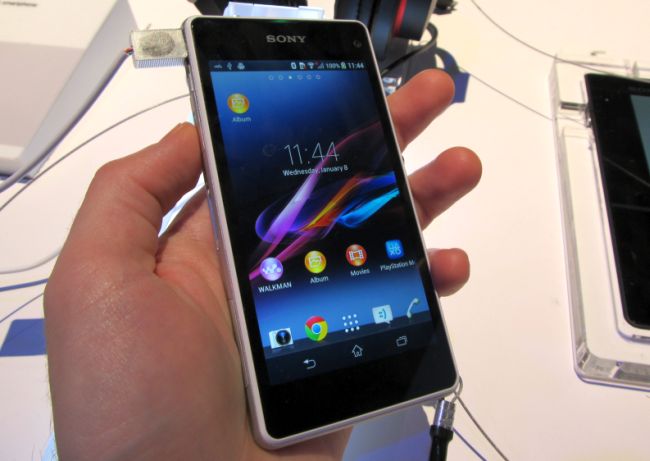 Sony’s smaller phone comes in black, white, green, or pink, has a dust-resistant and waterproof case (rated at IP55 and IP58), and has the same 20.7MP camera as the Xperia Z1S.

The phone also has the same Qualcomm Snapdragon 800 quad-core processor as its larger sibling.

On the other hand it has a lower-resolution display and a lower capacity 2300mAh battery. But thanks to the smaller screen size image quality looks sharp, and you might be able to squeeze decent run time out of that battery.

I really like how the phone feels in the hand, and it’s nice to be able to actually reach your thumb all the way across the screen — something I haven’t been able to do my smartphones for the last year or two thanks to their larger displays.

The little plastic doors covering the USB, SIM card, and microSD card slot are a mixed blessing. While they actually make the device look kind of sleek and help protect it from dust and water, they do make charging or inserting storage cards a bit more work. Fortunately there’s an always-exposed magnetic charging connector on the side of the phone so you don’t need to open a door every time you want to charge the phone.

The Sony Xperia Z1 Compact will be available around the world starting in February. 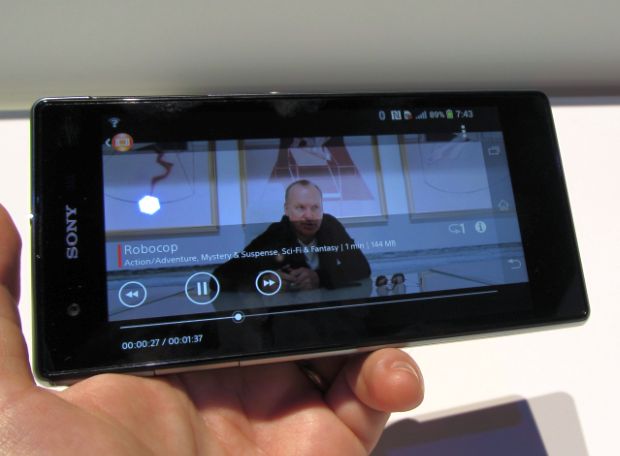 Sony’s phone also has a waterproof rating of IP57 and IP58. Like the compact version, that means there are little plastic doors covering all the ports.

The Xperia Z1S has a great looking display, a nice design, and a large speaker grill on the bottom of the phone. But I kind of like the smaller version better since it does more to stand out from the sea of superphones on the market these days.

Sony’s Xperia Z1S is also basically the same phone as the Xperia Z1 which launched in late 2013, but this model will be available in the US as a T-Mobile exclusive and comes with 32GB of storage instead of 16GB.

It’ll be available in black only.