Sony may be one of the few smartphone makers offering top-tier specs in a phone that’s small enough to operate with one hand, but the company isn’t giving up on phones with huge screens. 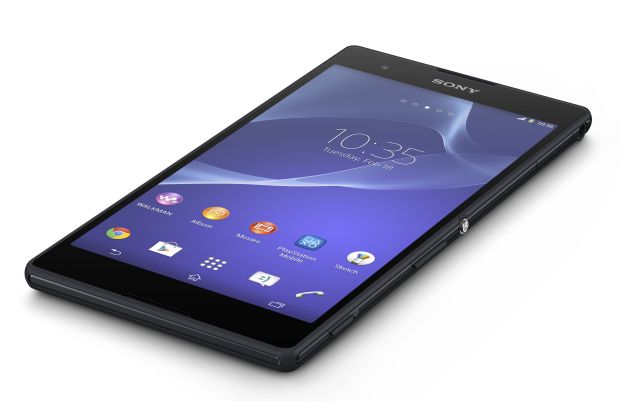 The phone has a 1280 x 720 pixel OLED display, a 1.4 GHz Qualcomm Snapdragon quad-core processor, 1GB of RAM, and a 3200mAh battery. While it has just 8GB of built-in storage, there is a microSD card slot which you can use for media and other files.

It does have a few goodies that used to be rare in lower-priced phones, including support for NFC and a splash-proof case. Sony is also introducing a “smart flip case” that protects the screen and also works as a stand. After all, with a 6 inch display, the Sony Xperia T2 Ultra is almost tablet-sized, and you might want to use it to watch videos or make video calls.

The company says the screen bezel is just 2.5mm, which makes the phone a bit smaller than you might expect, given its large display.

Sony also has a dual SIM version f the phone which is cleverly called the Sony Xperia T2 Ultra dual.

Sony is also launching a new 4 inch phone called the Xperia E1 which features an 800 x 480 pixel display, a 1.2 GHz dual-core CPU, 512MB of RAM and 4GB of storage. It’s a budget phone with just a few unusual features such as a speaker which Sony says produces up to 100Db of audio and Sony’s Walkman controls including shake-to-shuffle and a long-press-to-launch Walkman button.