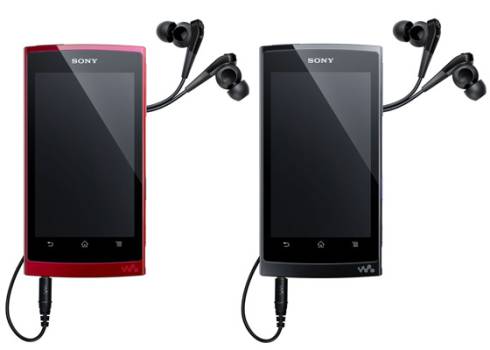 Sony is launching its next-generation Sony Walkman portable media player. We got an early look at the device last month, back when it was still called the “Sony Walkman Mobile Entertainment Player.” The new, easier to remember name is the Sony Walkman Z.

The portable media player features a 4.3 inch, 800 x 480 pixel display, a 1 GHz NVIDIA Tegra 2 processor, and Google Android 2.3 Gingerbread operating system. Users will be able to use the device to listen to music, watch videos, surf the web, or listen to the radio using an FM tuner.

The Walkman Z also can also access the Google Android Market, which means you can download thousands of apps (although probably not all at once), and do almost everything with the media player that you could do with an Android smartphone.

Sony’s new media player can handle 1080p HD video playback and has a micro-HDMI port for streaming videos to an external display. The mini-tablet also supports WiFi, Bluetooth, and DLNA.

The Sony Walkman Z will come in 16GB, 32GB, and 64GB models and will be available in black or red. The new Walkman is set to launch in Japan on December 10th.