Sony has been selling 13.3 inch tablets with E Ink displays and pen input as part of its “Digital Paper” line for the past few years, and now the company has a new, smaller model.

It’ll be available in Japan in June for about $650, making the smaller Digital Paper device a little cheaper than the latest A4-sized model, but a little pricier than its closest rival: the recently-launched Onyx Boox Note, which sells for about $570 in Europe. 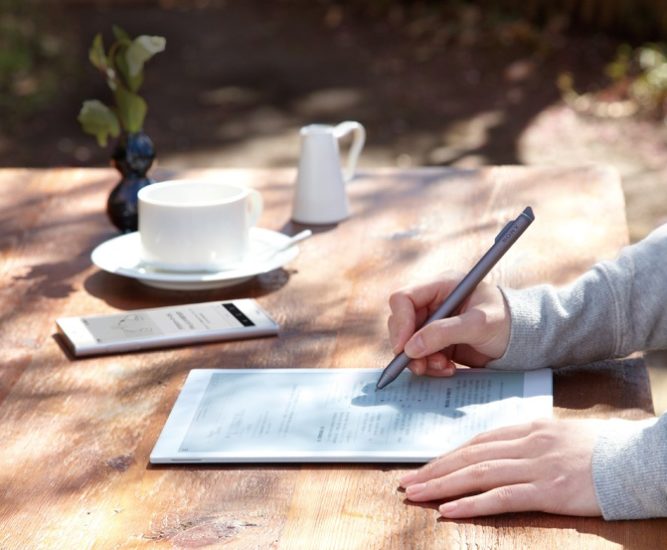 If you’re wondering why these things are so expensive when you can pick up a Kindle for less than $80, it’s partially because these digital paper-style devices support pen and finger touch input, allowing you to write notes, annotate documents, and perform other tasks that would normally require a PC or tablet.

But a more important factor is likely economies of scale: there’s not nearly as much demand for 10.3 inch and 13.3 inch E Ink displays as there is for smaller versions of these electronic paper screens. So they cost more to produce in smaller quantities. Likewise, there’s less demand for this type of device than there is for a Kindle, so they’re produced in smaller batches, which helps make them more expensive… and which also probably helps companies like Sony and Onyx justify a premium price tag (I wouldn’t be surprised if they take a higher profit margin on these devices than they do on cheaper, mass-produced eReader-style devices, but I haven’t audited their finances, so I can’t say for certain).

It has 16GB of storage, which Sony says should allow you to save about 10,000 PDF files on the device. And it has a micro USB port for connecting to a PC. It also supports 802.11ac WiFi, Bluetooth 4.2, and NFC.

The DPT-C1 is powered by a Marvell IAP140 64-bit quad-core processor and has a battery that Sony says should provide up to a month of run time when using the tablet to write for about an hour a day… with WiFi and Bluetooth turned off.