Sony is expanding its smartphone lineup with a new X series of phones. Three Sony Xperia X series phones will launch this summer, and they’ll all have 5 inch displays. But there are some big differences between the Xperia X, Xperia X Performance, and Xperia XA. 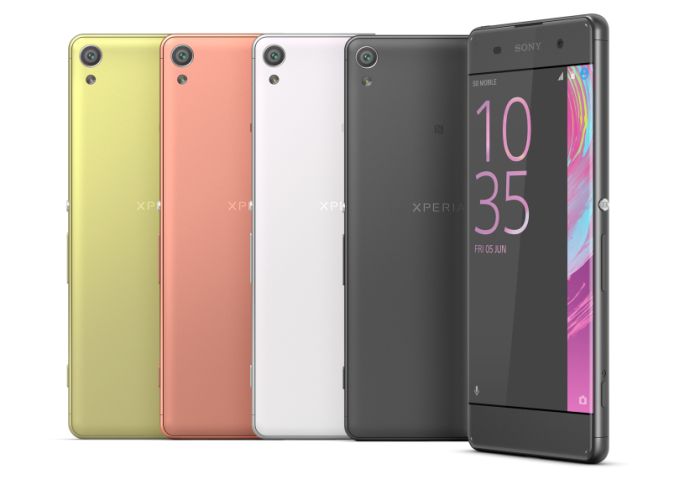 There’s a 13MP front-facing camera, and the phone has a microSD slot for up to 200GB of removable storage. The Xperia X has a 2,620 mAh battery.

Step up to the Performance model and you get a phone with similar specs, but a higher-performance Qualcomm Snapdragon 820 processor and a waterproof design. The Xperia X Performance  has a 2,700 mAh battery.

Unlike some of Sony’s other smartphone families, only the premium model in the Xperia X family seems to be waterproof.

While this model also has a 5 inch screen, it’s a lower-resolution 1280 x 720 pixel display. The phone has a MediaTek Helio P10 processor, 2GB of RAM, and 16GB of storage.

Other features include a 13MP camera with HDR photo support and a microSD card slot that can support up to 200GB of removable storage. The Xperia XA has a 2,300 mAh battery.

The Xperia XA is clearly the cheapest phone of the bunch, and it lacks some of the features available on the higher-end models.

Common features (at least for some models)

Sony’s phones have a reputation for offering long battery life, and the company says the new Xperia X and Xperia X Performance phones all use “adaptive charging” and Qnovo battery technology for long run times and fast charging speeds.

Those same two phones also have cameras with predictive hybrid auto-focus features and fingerprint sensors. The Xperia XA does not.

Sony says each phone will be available in white, black, lime gold, or rose gold colors starting in early summer. The Xperia X and Xperia X Performance will both be available in either single SIM or dual SIM variations.

All of the phones will ship with Android 6.0 Marshmallow software.

Update: A post on Sony’s German Facebook page suggests that there will be no Xperia Z6. The Xperia X series will replace the Z series… which suggests that we won’t see a 4.6 inch “compact” version this year.