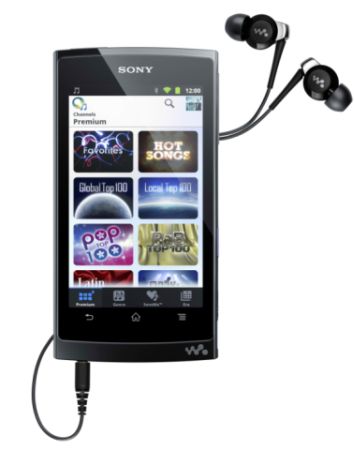 Sony is bringing its Walkman Z line of Android-powered portable media players to the US. The Walkman Z1000 series will be available starting this spring for $249.99 and up.

The handheld media players feature 4.3 inch multitouch displays and run Google Android 2.3 Gingerbread. While there’s an emphasis on music, with a S-Master MX digital amplifier with noise reduction, and a dedicated W button to launch the music player, the Z1000 is really sort of an Android version of an iPod touch. It can handle music, movies, video games, and thousands of other Android apps.

The Walkman Z features WiFi and comes with the Android Market.  The only thing it won’t do is make phone calls — unless you use a Voice over IP application such as Skype.

The Walkman Z isn’t the only Android-powered alternative to the iPod touch. It will join the Samsung Galaxy Player line of products and a crop of far-less impressive devices.