Sony is updating its line of products for audiophiles with the new MDR-Z1R headphones, TA-ZH1 ES headphone amp, and NW-WM1Z Walkman.

Let’s focus on that last one for a minute… because it’s a fine example of, well, something.

Sony’s new Walkman is a portable media player with support for high-resolution audio playback, more than 30 hours of battery life, and 256GB of storage space for music. But a big part of the reason Sony thinks people will spend $3,200 on the NW-WM1Z is its design: the Walkman’s body is coated in gold.

Theoretically the difference in materials isn’t all about extravagance. Gold has a lower electronic resistance, which means the case could theoretically cause less audio distortion. But I’d be very impressed if you can tell the difference in sound quality between a $1,200 media player and a $3,200 model in a blind test. 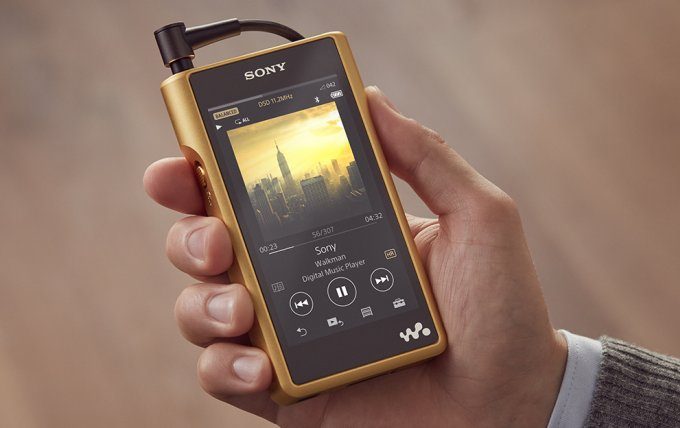 Anyway, both versions can support lossless FLAC audio files at up to 32-bit/384 KHz resolutions, as well as DSD and MP3 audio.

The new Walkman models both feature physical buttons on the side of the case for media controls, allowing you to skip tracks or pause playback without turning on the 854 x 480 pixel touchscreen display. That’s something I wish some cheaper phones had.

The new Walkman has a headphone jack with four braided wires, but the device also supports Bluetooth headphones and speakers (just don’t expect the same audio fidelity if you go wireless).